Do you have extensive experience of safeguarding?

Are you able to work flexibly and independently?

Are you open to working in the faith sector?

Hours to be worked flexibly including some evening and weekend work.  There is a need to travel across the District from Anglesey in the north west to Cardiff in the south/east.

Due to the nature of this role, the ability to communicate effectively in Welsh and English is essential.

Please send a copy of your CV to the above email address.

These will take place online, using the Zoom platform

Post subject to satisfactory references and an enhanced DBS check.

Here’s a wonderful video from Mon & Arfon area, you can view it here.

Christian Aid Wales are recruiting for two roles based at our Cardiff
office! These are new and exciting roles. The successful individuals
will be working closely with your churches! One is a full time role and
the other is part time.

Glannau Maelor Area have joined Facebook! Find their page by clicking on this link.

Don’t forget about Mon & Arfon Area’s Facebook page, which can be found here.

There are a number of copies of the Gwyliedydd now available online through this website. Something to keep you occupied through these times!

Towards a New Synod of the Methodist Church in Wales

Consultation process responses from the Circuits of both Synods

On behalf of the Steering Group representing the two Synods of the Methodist Church in Wales and the British Methodist Connexion, we would like to express our thanks to all our Circuits, Areas, churches and members who engaged in the consultation process regarding the document Towards a New Synod of the Methodist Church in Wales. This consultation process took place between September –November 2018, and the attached paper gives a summary of the feedback received. The consultation was a very important step in the overall discernment process for a way forward.

The Steering Group met on 14th December 2018 to consider the feedback and what was being said through it. It was noted that while there was broad support for the proposals in principle, there remained many questions about the details. It was also agreed that while the feedback raised a lot of important questions and made a number of valid points, these did not present an argument for not continuing with the process overall. The Steering Group was grateful for this cautious but positive affirmation of the conversations that are taking place.

The Steering Group is currently seeking to respond to the strongest points made in the feedback in the following ways, in order to help to move the process forward:

Further work in response to the feedback will be carried out as the conversations progress.

The Steering Group meets again on 22nd January 2019, and the Methodist Council will receive a report on the consultation process, as approved by its Scrutiny Group, when it meets on 30th and 31st January.

Once again, many thanks for all your responses to the call for feedback. Please do not hesitate to contact either of us or any member of the Steering Group as we continue to work and pray together.

Towards a New Synod of the Methodist Church in Wales –

Consultation process responses from the Circuits of both Synods

Replies were received mainly from Wales Circuits (15 circuits replied). Some churches and individual members of the Methodist Church also responded.

Question 1 – Do you support the proposal that the two Districts of the Methodist Church in Wales should work towards coming together to form one new District?

Question 2–If so, do you support the proposal that a new District should be known as Synod Cymru Wales?

The following proposals were offered:

Question 3 – Do you support the proposal that a new District would comprise the current 16 Circuits in the two Synods, one of which would be a Cymru Circuit with a Welsh-speaking identity, mission and ministry?

Question 4 – Do you support the proposal that a new District would be led by two co-Chairs (one residing in the north of Wales and the other in the south of Wales), at least one of whom would be bilingual in Welsh and English (or committed to learning the Welsh language)? 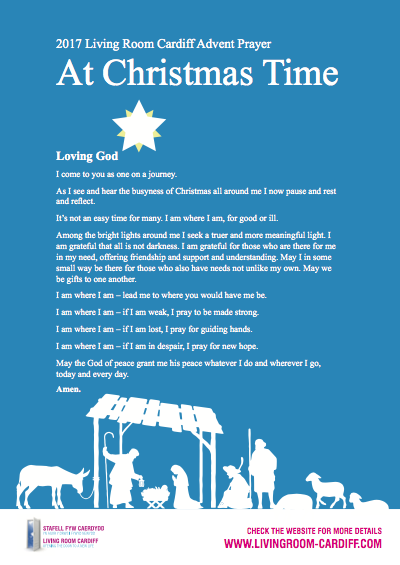 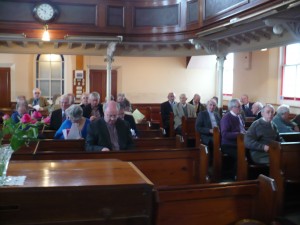 The 2015 Synod Cymru meeting was held in Bathafarn Chapel, Rhuthun, on  Saturday 25th April. Members were warmly welcomed by Mrs Elizabeth Jones, Bathafarn Area Leader, and a team of faithful members from the Area. Elizabeth led the opening devotions on the theme of ‘love’.

Following confirmation of our representatives to the Methodist Conference this year and the appointment of those for 2016, the Synod agreed to continue with the process of “Developing Our Calling”, which began with the decision of the Synod last year. In light of the good work that has begun under the theme of “Learning and Caring” this year, the theme for 2015-16 will be “Worship”.

Next, reports from various areas of the Synod’s life were received, including the ecumenical, Policy and Finance, Trustees, safeguarding, property, Action For Children and Methodist Homes, mission, Methodist Women in Britain and Gwyliedydd reports. However, the highpoint of the morning was a presentation by Megan Thomas, this year’s Youth President of the Methodist Church. Originally from Ceri in Powys, Megan told the Synod a little about herself and her love for God, the Methodist Church and youth work. She showed a film about “3Generate”, the connexional youth event, and spoke of her hopes and vision for children and young people, especially for those who are perhaps on their own in their chapels, as she was in her early days. Megan’s presentation was full of energy and fun, and an inspiration to all who were listening. 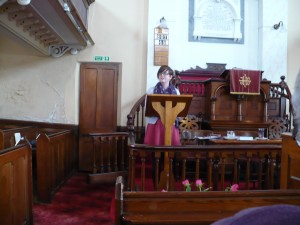 In the afternoon, following a tasty lunch prepared by ladies from Bathafarn Area, an open meeting was held with Dr Daleep Mukarji, past Vice-President of the Methodist Conference and former director of Christian Aid. Originally from India, Dr Mukarji drew on his wide experience of cultural and linguistic diversity to speak about “Synod Cymru – Mission and Future”. His address was a challenge to us to respect our differences, to share with each other and to take risks for the sake of our faith. Once again, his talk was an inspiration to those who were present. 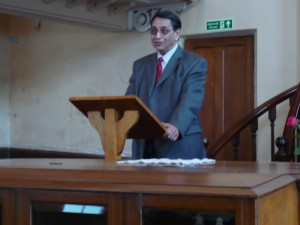 Thank you to all who contributed to the success of the day. The date of the next synod is 23rd April 2016, in Aberystwyth.

Colwyn Bay Churches Together/Cytun is looking for people who are committed Christians and regular members of a local church, who can spare a few hours at the same time every week – normally in business/shop hours, to join a team of volunteer chaplains under the direction of an ordained lead chaplain. You should have a love of people, an ability to listen and be non-judgemental in your approach.

If you would like further information please visit www.colwynchaplaincy.org.uk